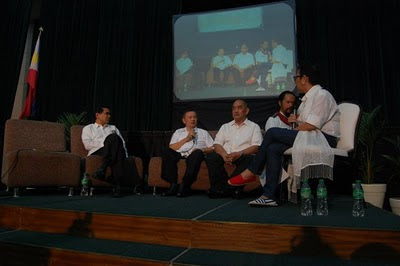 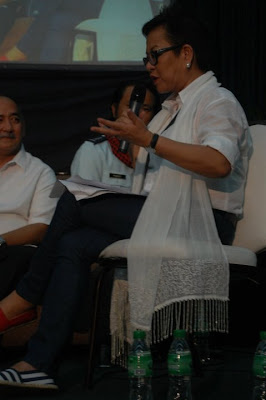 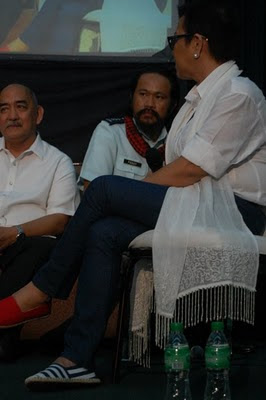 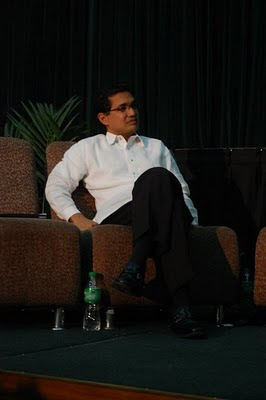 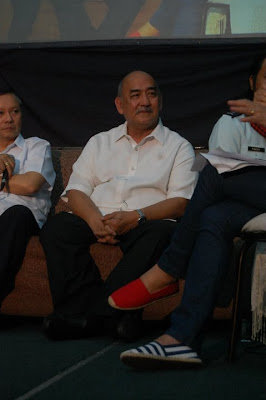 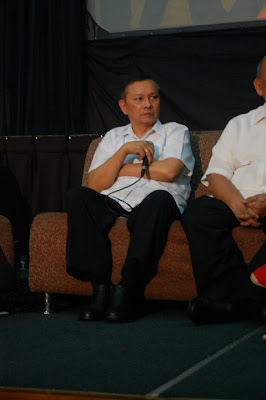 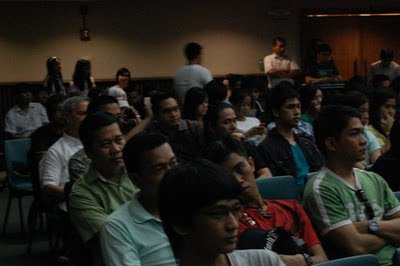 LEFT in white polo:
Brother Victor A. Franco FSC,
President and Chancellor
of De La Salle-College of Saint Benilde
(DLS-CSB)
LEFT in green polo:
Antonio Ingles, Jr,
Founder of Aral Pinoy
In the said forum, the very first forum where Retired Lt. Col. George Rabusa had to face young students from De La Salle-College of Saint Benilde (where I have been teaching for almost 15 years) and other students from all others schools, he was asked on what "pabaon" (send-off gift) can he give to the students. Rabusa answered, "Huwag nyo akong tularan, just follow ang tuwid na landas just like what our President [Aquino] said."
Source: http://www.abs-cbnnews.com/-depth/02/12/11/rabusa-surprised-his-sudden-celebrity-status
Posted by inglesantonio at Friday, February 11, 2011 No comments: