www.aralpinoy.org site is donated by a generous pinoy based in Norway in 2009.

It is down now and experiencing technical difficulties. We apologize for any inconvenience this may cause. 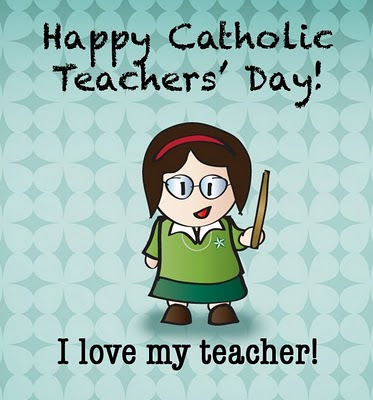 After John Baptist de La Salle was proclaimed Saint by the Church under Pope Leo XIII, his relics was moved to a large chapel inside a new school along Rue Saint Gervais in Rouen. But when the religious teaching congregations in France were suppressed, the relics had to be moved again to the relocated Generalate in Lembecq-les-Hals, Belgium in 1906. Then from Belgium they were transported to Rome, where they arrived on January 26, 1937, which is the same date of the promulgation in 1725 of the Bull of Approbation of the Institute of the Brothers of Christian Schools. The relics of St. John Baptist de La Salle are now venerated in the church under his name at the Generalate in Rome. (adapted from The Work is Yours by Luke Salm FSC and from the Lasallian Liturgies) ~based from the De La Salle Philippines' Notes www.facebook.com/delasalle.ph The official Facebook Page of De La Salle Philippines, the network of 17 La Salle schools in the country.
Posted by inglesantonio at Saturday, January 26, 2013 No comments:

A Place of Learning (APL)

ARALPINOY.ORG INC. or Aral Pinoy (AP) is dreaming to have just one-classroom-size learning place in support of Alternative Learning System (ALS) Program of the Department of Education (DepED).

We are hoping to build "A Place of Learning" (APL) for the socially marginalized community. With your help, support, advice and generosity, it will come true.

Mac Milan (Cenen Milan Jr), an Ultra Marathoner, is joining the Bataan Death March Ultra Marathon Races on January 26-27 (160km ) & March 2-3 2013 (102km). It's the most prestigious long distance running competition in the country which only elite runners are allowed to join.

Mac Milan had just set a record in the said sports discipline as the fastest runner to conquer Davao to Manila in just 17 straight running days from Dec 1-17, 2012.

- - -
This time, Mac Milan is running for Aral Pinoy to raise seed fund to realize AP's dream of having APL.
- - -

Part of raising social awareness on this fund raising advocacy of Aral Pinoy and Mac Milan is to offering series FREE One-Hour Running Lecture & Clinic for kids or youth or adults. The reason we do it for FREE is to get support from the communities that value the importance of Sustainable Advocacy and Capacity Building for Education, Health, Youth and Environment.

We believe that another reason for doing this is because of our education and experiences. Mac and I are both former-seminarians, campus-ministers, educators, alumni of De La Salle University, Manila and advocates.

We can do it in any community of your choice within Metro Manila or Luzon Area.

We hope you will help us build Aral Pinoy's A Place of Learning.

Thank you very much!

We welcome donations of any amount, please click the link below http://aralpinoy.blogspot.com/2012/11/donate.html
Posted by inglesantonio at Monday, January 21, 2013 No comments: