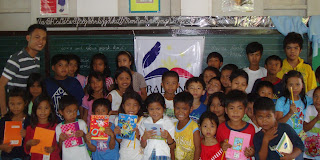 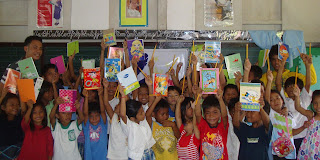 Last December 23, 2011, The Grade VI Section B of Dasol Central School celebrated their classroom Christmas party meaningfully for they were joined by Aral Pinoy with Sir Raymond, their class adviser and an Aral Pinoy volunteer.

As early as 7:00 in the morning, the Grade VI pupils excitedly came inside their classroom with a strange banner displayed on the board which caught everyone’s attention. They can all read it but they were all clueless. On the other hand, out of their excitement, some volunteered to write Christmas greetings on the board while others initiated the restructuring of classroom and some prepared for their special numbers. 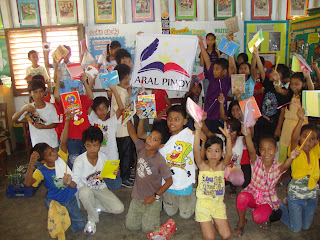 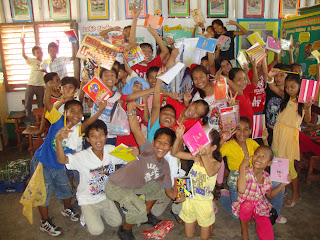 After the flag ceremony, they excitedly went to their group mates and talked about their games and numbers. When Sir Raymond opened the program, everyone was very eager to participate. Dance and song numbers were presented by different groups. Between their special numbers, Sir Raymond gave exciting and challenging games which the pupils enjoyed a lot while learning the value of teamwork, friendship and camaraderie.

After the games and special numbers, the pupils had their simple snacks. While enjoying their snacks together, they were surprised to see notebooks, pencils and bags being displayed along with their gifts. A curious pupil asked Sir Raymond if the stuffs are for the prizes of the winning team. They were surprised by their teacher’s answer, “No, it was not for the winning team, it’s for everyone.” Sir Raymond officially introduced the strange banner displayed in front of the room. The pupils learned that the supplies were from Aral Pinoy. After hearing the good news, they noisily expressed their happiness and excitement and shouted “Yehey” for they realized that everyone won the game. They came to understand that Christmas is in the air. 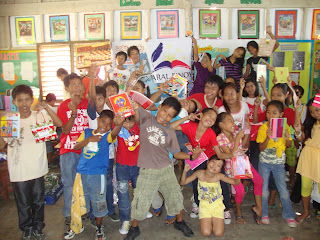 Thank you to Sir Antonio Ingles for making their last Christmas Party at Dasol Central School memorable and meaningful. Athe end of the day these pupils learned the essence of celebrating Christmas and that is sharing one’s blessings and making other people happy! Thank you Aral pinoy!

Posted by inglesantonio at Saturday, December 31, 2011 No comments: